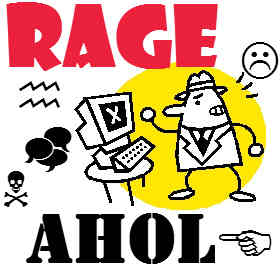 I didn’t intentionally wander into a George Zimmerman story in search of racists. That would be too easy. I went into the comments because this was the now-famous USA TODAY (reported by Florida Today) story that cited one “Howie Felterbush.”

I was hoping to find a couple of clever comments about Howie. But instead, I immediately stumbled into the prose of one Edward Brantley, a top commenter from Gibbs High School.

If Zimmerman is found guilty, You better watch out. The next time you flush your toilet you may be charged with 2nd Degree murder.

A little later in that thread, Brantley returns:

If found not guilty, look out. You know how they like to throw thier feces when they get mad.

So where has Brantley learned such clever things about black people? In response to another comment about black stereotypes, he explains:

Thts not a steroetype. Watch the news and you will see that in most cases it is a fact.

I guess Eddie’s local news doesn’t speak with many people of color.

A quick check of Eddie’s Facebook shows that he hails from St. Petersburg, Fla. Perhaps he should consider getting his news from the fine local papers there instead of the local news? Or perhaps his local school has failed him.

Maybe it would be fun to check with Eddie when he has a life experience beyond “Studied at Gibbs High School.” Community college would be nice. Or perhaps working for someone who isn’t white. If anyone of any color will hire him after seeing his lovely comments.